The New York Asian Film Festival has long been offering a sliding door peek into distant cultures and landscapes by way of programming rare and adventurous films from distant shores. Perfect for New Yorkers to get a dose of exotica without leaving city limits, one can get a quick blast by way of a day at the movies or really immerse oneself in salient aspects of a country’s culture as well as trends in its film output with repeated trips to the festival’s home of Lincoln Center’s Walter Reade Theater (June 22 – July 5) and new digs the SVA Theater (July 6 – July 9).

Gaining insight into Japanese culture is unavoidable after even a little time spent with its films, and this 15th anniversary edition of the NYAFF gives plenty of opportunity to do so. Below is a preview of some of the Japanese movies being shown along with some impressions. For a list of all of the movies as well as offerings from South Korea, China, Hong Kong, Taiwan, and South East Asia, visit the SUBWAY CINEMA website. CREEPY is a psychological thriller from Kiyoshi Kurosawa that has more than a little Hitchcockian flair for suspense. Its biggest reference point, though, is probably early Kiyoshi Kurosawa with the director going back to the kind of off kilter takes on seemingly familiar terror (CURE and KAIRO) head scratching affairs that made singular lasting impressions . This return to form is all the more riveting for casting popular actor Hidetoshi Nishijima as its brooding yet fiery lead and Teruyuki Kagawa, a reliable everyman of Japanese cinema who plays the far more fun villain with maniacal glee. The film’s score dances along a highwire, sending waves of tension down the viewers’ spines. All the while, an equally accomplished sound design makes for a thorough sense of dread and foreboding. The film has its fair share of awkwardness, it is Kiyoshi Kurosawa after all, so prolonged sequences of horrid acts may cause discomfort. It is as though the director is subjecting us to the same notion of being helplessly trapped by circumstances as its flailing protagonists. Like Kurosawa’s other thrillers, CREEPY brings out existential questions of free will and the entanglements of social structures, as well as more local issues of community and the notion of being a good neighbor.

2. WHAT A WONDERFUL FAMILY 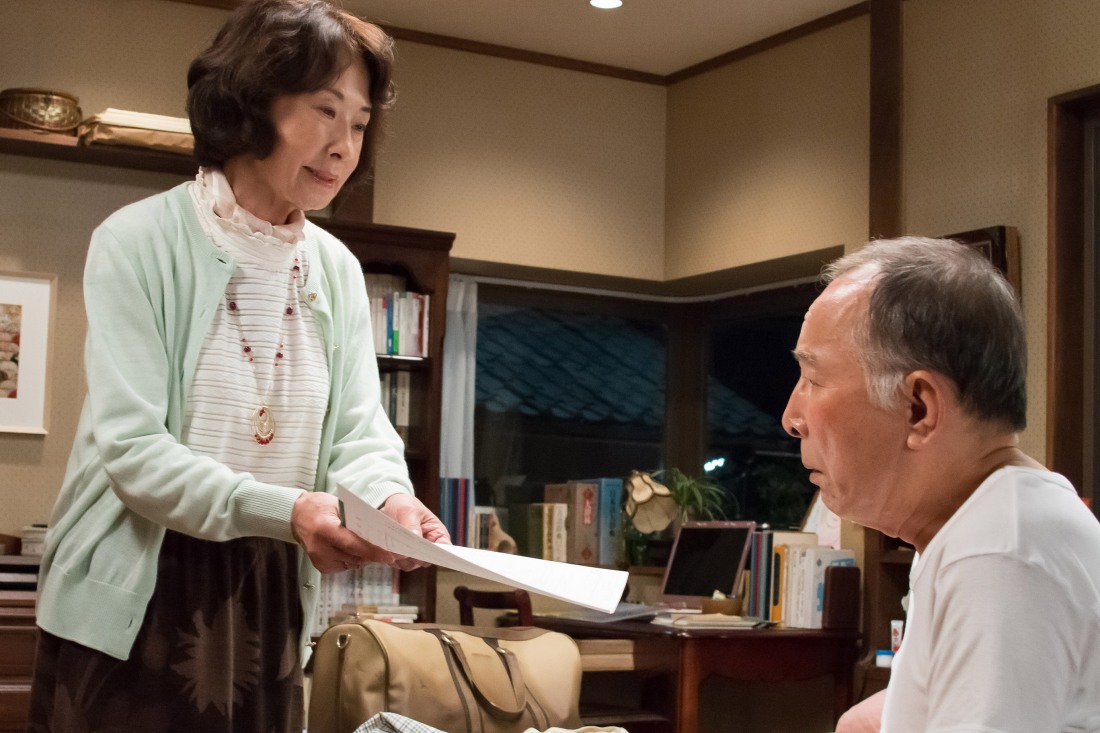 Don’t let the charming façade of WHAT A WONDERFUL FAMILY fool you into thinking it is entirely innocuous. The film similarly pokes and prods at traditionally accepted institutions of marriage and family life. The vehicle here is a light comedy focused around an increasingly rare three-generation household, whose eldest figures threaten divorce. While peppered throughout with a gentle zaniness that may seem antiquated, it slyly raises questions over values as family members’ true objections to the split are exposed. The main event is a protracted family meeting scene, which manages to be both no holds barred and civil. Everyone in the cast is on point but Hashizume Isao stands out as the family’s foible-filled patriarchal figure. He is delightfully incorrigible and a joy to watch throughout.

3. A BRIDE FOR RIP VAN WINKLE

Rougher going is the nearly 3 hour BRIDE FOR RIP VAN WINKLE, the latest from iconoclastic director Shunji Iawai (who will be honored at the festival with a lifetime achievement award). It is an odyssey of sorts for its wide eyed protagonist, whose transformative journey, along with the help of a peculiar ‘fixer’ (played by Rising Star recipient Go Ayano) takes her from lonely soul in need of salvation to a savior figure. Far less subtle in its skewering of society, Iwai takes on everything from narrow minded parents to the wastefulness of a population that frowns on recycling old goods. Interesting for its strange straddling of the line between realism and storybook logic, as well as its steadfastly independent production, it can be a tough slog due to some overly long static scenes, in particular those between the main character and one played by COCCO, an actress and singer whose own real life nuances makes for compelling onscreen viewing.

Faring less well is the more straightforward genre exercise KIYAMACHI DARUMA. Its title a reference to an ill-fated yakuza member’s limbless state, the mostly plodding narrative only occasionally engages viewers in his unthinkable plight. Although initially suggesting off color humor at the main character’s expense, the proceedings largely maintain 1 sustained note of gloom and denigration. It doesn’t help that the movie’s look is lacking in innovation, reminiscent of video nasties from the 90s (remember Guinea Pig anyone?) that lacked any substance beyond their shock factor. A few points for not pulling any punches, but this story of betrayal amidst a backdrop of criminal activity mostly shouted through by its assorted lowlife characters failed to stir much interest.

In honor of its 15th anniversary, the festival is screening a few favorites from the past, including an appropriately slotted 11 pm showing of TETSUO: THE IRON MAN. For those more interested in a visceral experience without the societal context, this was the world’s introduction to Tsukamoto Shinya’s wild imagination. It is a short blast of roughly hewn metallic imagery accompanied by a clanging and banging industrial soundtrack that tells the tale of individuals warped into industrial strength iron clad monstrosities drawn to destroying each other or the world, whichever comes first. With nods to the over the top transformation sequences in Akira, it has been recognized as a pillar of the body horror subgenre, but truly nothing has looked like this before or since. For those uninitiated, the opportunity to see the film that launched hundreds of thousands of passions for Japanese cinema, my own included should not be taken for granted.

View all posts by mondocurry